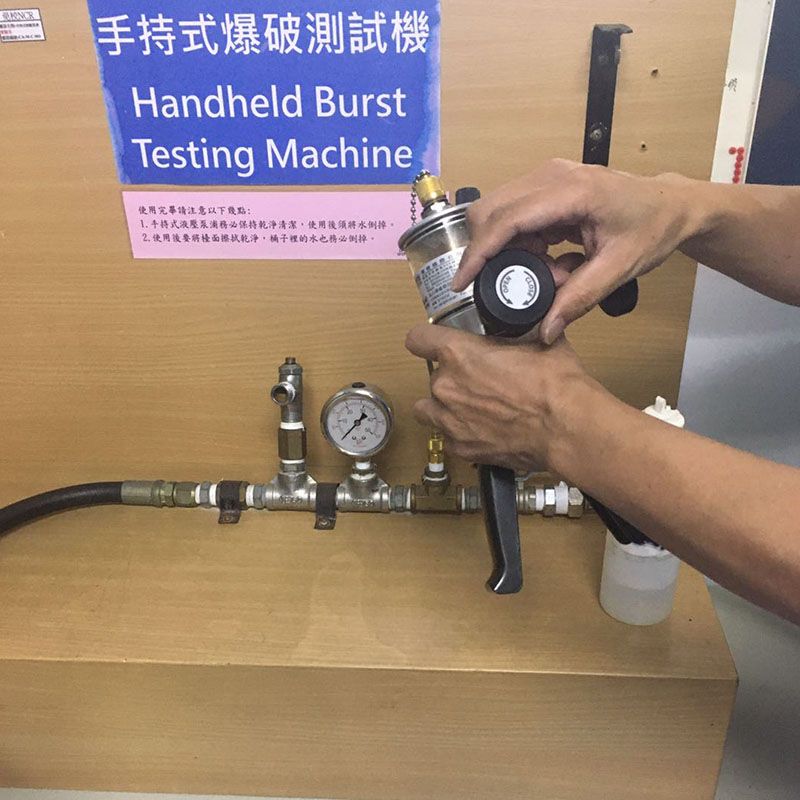 The burst test is one of the most important parts of Cartridge characteristics. To avoid the leakage from the water hammer effect, which commonly occurs when a valve closes suddenly at an end of a pipeline system. In terms of a faucet, we test in two conditions, including valve close and outlet close (end point close). Basically, if the ceramic disc is for diverting, there is no need to do burst test. Our designers would inspect the structure of the cartridge body and pay attention to the smoothness of the sealing part. These two factors are the key to pass the burst test finally. In the process of production, our quality team also picks up the item randomly to do complete test and make sure our top quality.

THE TEST STANDARDS OF ASME112.18.1
According to the clause of ASME112.18.1, it defines that the fittings shall withstand a hydrostatic test at the pressure specified in the 500 psi for 1 minute without permanent distortion or failure of the pressure envelope.

THE TEST STANDARDS OF EN817
First, connect the mixing valve to the test circuit with the cartridge closed and apply the mechanical valve inlet a static water pressure of 2.5±0.05 MPa and maintain it for 60 seconds. After that, we would check if there is permanent deformation of the valve.

THE TEST STANDARDS OF AS3718
Mount the cartridge into the test pipeline and connect the pressure system. First, bleed off all the air in the pipe and close the valve. Open the tap and run hot water at 80±2°C through it for a period of 30 min at a flow rate of not less than 2L/min, except that taps marked cold water only shall be tested at 40±2°C. Measure the water temperature at a point 100mm upstream from the tap connection to check on flow-through temperature. Next, close the tap and apply a pressure of 3MPa and hold this pressure for 60 minutes. In the end, dismantle the tap and visually inspect if there is any breakage.